Abstract. The ecology of opportunistic foragers can be highly dependent on anthropogenic food sources, such as landfills, resulting in changes in several ecological and demographic aspects. The total closure of several landfill sites and the use of deterrence systems to prevent access to the remaining open landfill sites in a region in the northern Iberian Peninsula provided an excellent opportunity to evaluate the consequences of landfills on the trophic ecology of an opportunistic forager, the Yellow‐legged Gull Larus michahellis , using these resources. Based on stable isotope analyses, we used mixing models to estimate changes in diet before and after the closure of the majority of landfills in the breeding and the non‐breeding season. We found a decrease in the consumption of food from landfills after their closure, which was accompanied by an increase in feeding on terrestrial prey (mostly earthworms), but only in the breeding season. Interestingly, we observed no increase in marine prey consumption after the landfill closures. In winter there was a decrease in terrestrial prey consumption, whereas the consumption of marine and, despite their reduce availability, landfill resources increased. Thus, and unlike when all the landfills were open, we detected significant trophic differences between breeding and non‐breeding seasons. Additionally, we found significant trophic differences among colonies that were quite close to each other, but not between breeding adults and chicks. In conclusion, landfill closure or the use of deterrence systems had a direct impact on the trophic ecology of Yellow‐legged Gulls; loss of refuse was mainly compensated for by prey of terrestrial origin when breeding, but not in winter. Thus, this species may experience foraging constraints in winter with potential effects on other life‐history aspects including their dispersal, breeding and survival that needs further evaluation. 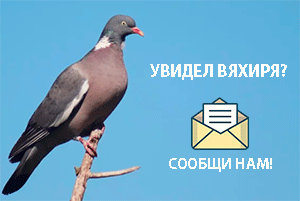